For those who participated in the limited time viewer campaign in GT7 and answered the Day 4 question correctly, you will receive early access to the Ferrari Vision Gran Turismo vehicle as a gift on December 15th. For more information, visit www. gran-turismo.com

For everyone else, the Ferrari Vision Gran Turismo will be available for everyone within Ferrari’s Brand Central, Ferrari from December 23rd.

A single-seater concept that pushes the limits of the hypercar genre.

The Ferrari Vision Gran Turismo is Ferrari’s first single-seater concept car dedicated to the world of virtual motorsport, with a spectacular and futuristic design based on the Prancing Horse’s unparalleled racing heritage. The Ferrari Vision Gran Turismo draws its inspiration from the fascinating world of Ferrari sports prototypes of the 1960s and 1970s. Beneath a hyper-modern body and dramatic proportions, the car hides the DNA of masterpieces such as the Ferrari 330 P3 and the 512 S. It’s a nod to the past, but a powerful hint at the future of endurance racing. The architecture of the Ferrari Vision Gran Turismo is built around advanced aerodynamic design and is equipped with the same engine architecture that powers the Ferrari 499P. Here, however, the engine has been made more extreme to develop no less than 1,030 PS (1,015.8 BHP) at 9,000 rpm, with an additional 240 kW (321.5 BHP) available via three electric motors, a on the rear axle and one on each of the front wheels. 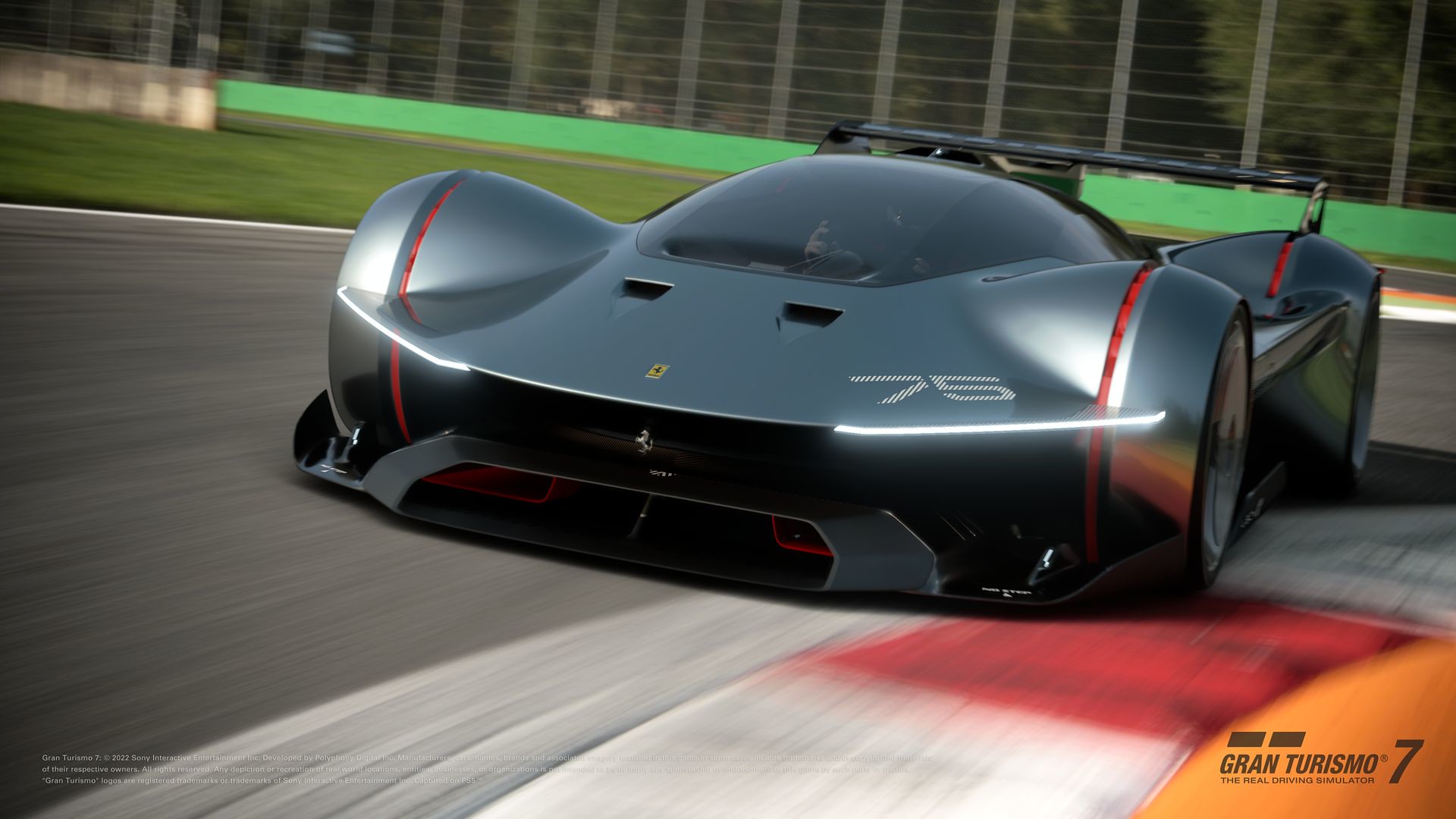 Top of the Giulia range, this model celebrates 110 years of Alfa Romeo.

The Giulia GTA and GTAm are special editions of the Giulia launched to celebrate the 110th anniversary of the founding of Alfa Romeo in 2020. Based on the high-performance Quadrifoglio model, performance has been further increased for these anniversary editions. The output of the 2.9L twin-turbo V6 engine has been increased to 532 hp. The use of lightweight construction materials throughout the car has reduced weight by 100kg and the front and rear track width has been increased by 50mm to shorten the effective wheelbase, resulting in a significant improvement maneuverability. Additionally, the car features enlarged front fenders and arched rear fenders, as well as several aerodynamic parts developed in conjunction with Alfa Romeo’s F1 partner Sauber. The GTAm offers a more hardcore setup designed for circuit use. It adds a larger front splitter and a carbon fiber rear spoiler, while replacing the rear seats with a roll bar. 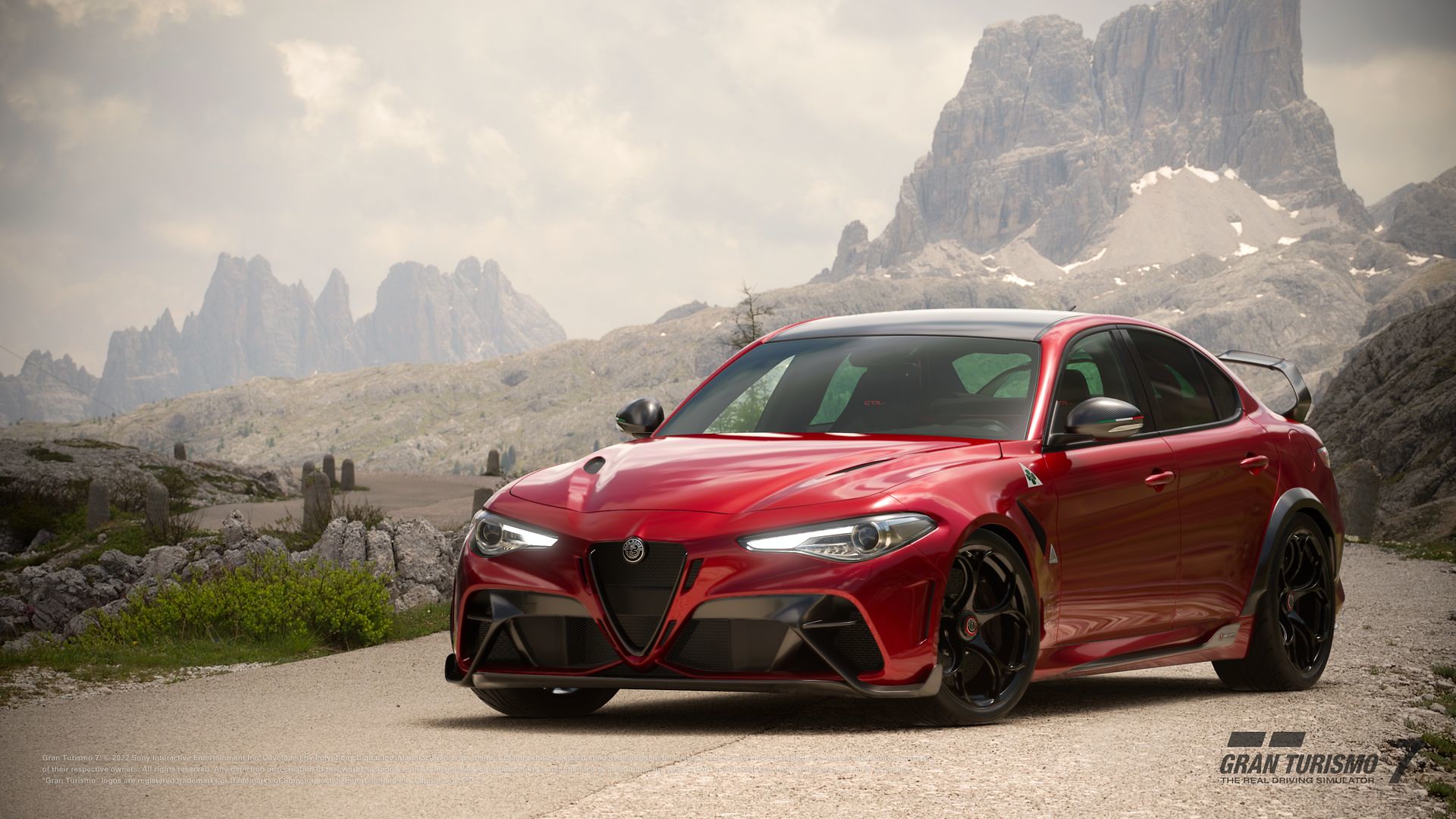 The successor to the high-performance Veyron.

The Chiron is a super sports car unveiled by Bugatti in 2016. This limited production model was introduced as a successor to the Veyron, with only 500 units available worldwide. The exterior features large C-shaped lines that encircle the cabin and serve as air intakes. It also features an accentuated centerline inspired by the Type 57 Atlantic coupe that increases straight-line stability. The carbon fiber chassis offers the same level of rigidity as an LMP1 race car and houses an 8L W16 quad-turbo engine. This engine has been extensively tuned since the Veyron iteration to a peak power of 1,479.3 BHP and a peak torque of 163.1 kgfm. The car is capable of accelerating from 0 to 62.1 mph in 2.5 seconds and a pre-production prototype was able to reach a top speed of 304.8 mph. In 2018, the Chiron Sport was introduced with an improved chassis weighing 18 kg less than the original. In 2019, the limited edition “Chiron Sport 110 Ans Bugatti” was released to celebrate Bugatti’s 110th anniversary. Only 20 of these cars were made. 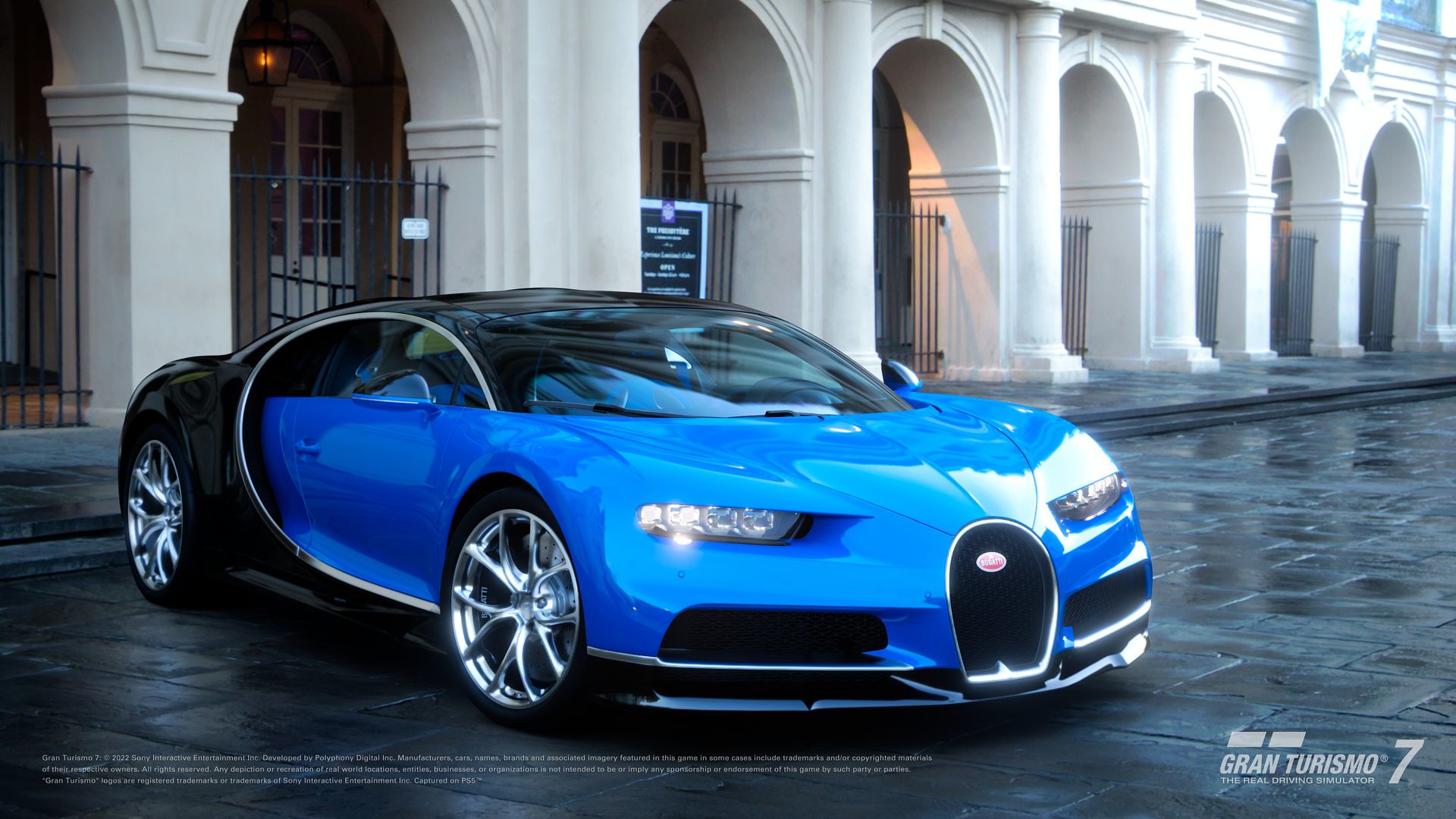 The next generation of Corvette midships.

Synonymous with the all-American sports car, the Chevrolet Corvette saw a historic change in 2019. Introduced that year, the eighth-generation Corvette became the very first in the lineup to use a mid-mounted layout. This revolutionary change is apparent from a simple look outside. The iconic long nose of the Chevrolet is nowhere to be found, and with the forward cabin, the body matches the classic midships profile. Without the engine, the front part now serves as luggage space, while behind the engine is another luggage space large enough for a golf bag. The V8 engine at the heart of the car is a new generation LT2 small block that has been developed from the LT1 engine of the previous generation C7 model. With a displacement of 6.2L, it can produce 495.1 BHP/65.0 kgfm, but also has fuel saving features such as cylinder deactivation. The transmission is now only available as an 8-speed dual-clutch automatic, but manual override is also possible using steering wheel-mounted paddle shifters. The suspension uses double wishbone construction on all 4 corners and is available with a height adjustment system to handle high curbs and other obstacles. The driver-centric cockpit includes a multifunctional infotainment system controlled by an 8-inch touchscreen. With the engine compartment moved to the rear of the cabin, the new generation Corvette has proven to be an outstanding performance contender in GT car racing. 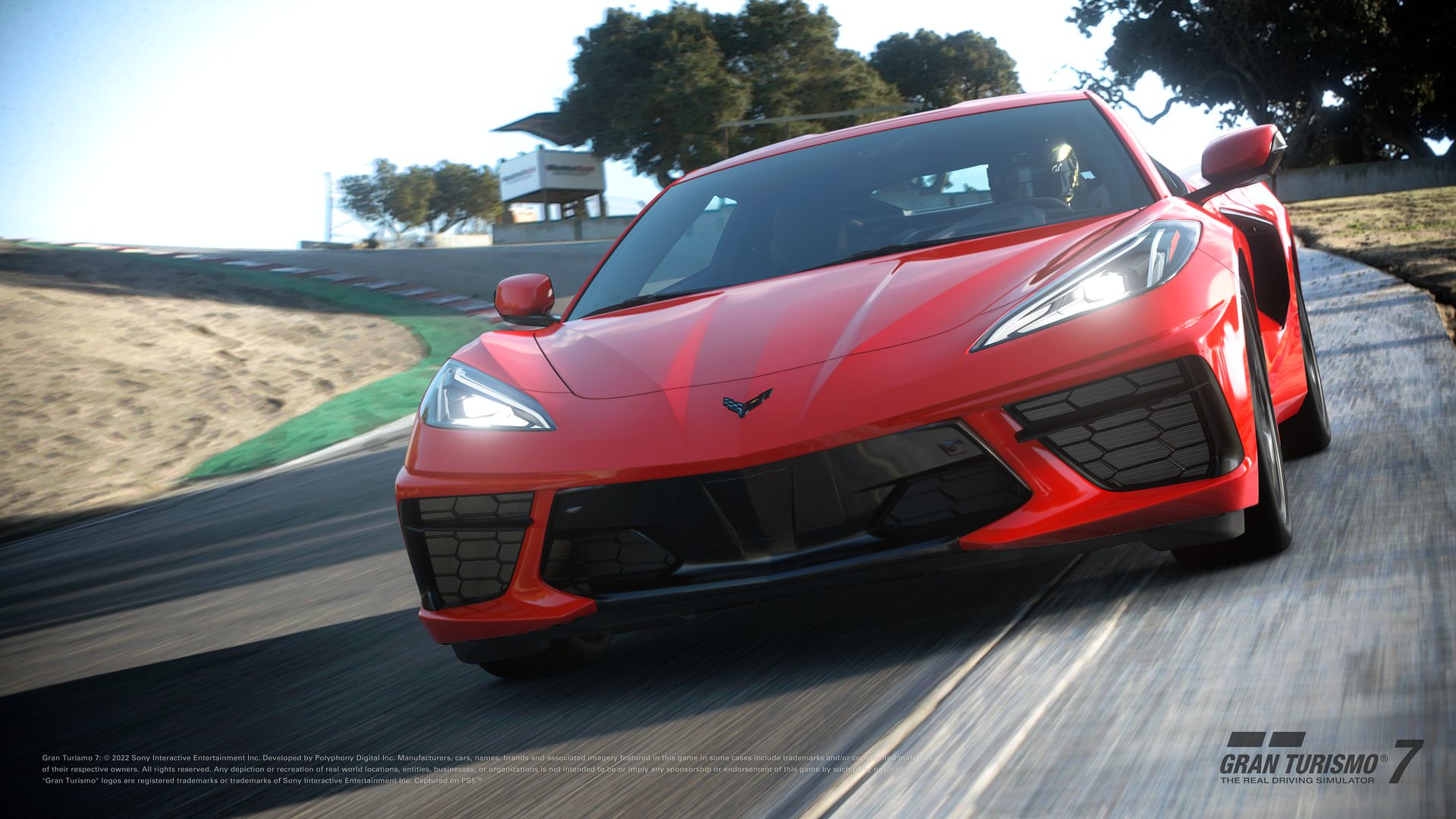 The rally machine that made a lasting impression on many fans, despite only competing for a short time.

After winning the double title of the Drivers’ and Constructors’ Championships with the brilliant performance of the ST185 in 1993, Toyota introduced the new ST205 Celica the following year, aiming for even more victories. Although the new Celica had a larger body, it had better weight distribution due to the increased stability of the widened wheelbase and wheel track. The TTE work team was involved from the start of the development, and the main contributions were the improvement in overall aerodynamic and cooling performance. The Celica was to debut in the 1994 1000 Lakes Rally, but due to unexpected delays in running gear development, it spent the season running test races. Entering 1995 as a full-fledged entrant, the Celica battled with the newly upgraded Subaru Impreza, and Didier Auriol took the first Tour de Corse 4th round win. Although Toyota continued to be plagued with issues with the super strut suspension, the team continued to race and make improvements throughout the season to overcome the handicap. In Round 7 in Catalunya, the Celica was found to be in violation of intake restrictor diameter regulations and was stripped of all points for the season. Contrary to the decision, Toyota stopped participating in the WRC and the appearance of the ST205 on the gala stage of the event was limited to one season. Although it was only active for a short time, these gallant-looking machines have imprinted themselves on the hearts of many fans. When talking about the Toyota rally scene, this is one car that needs to be mentioned. 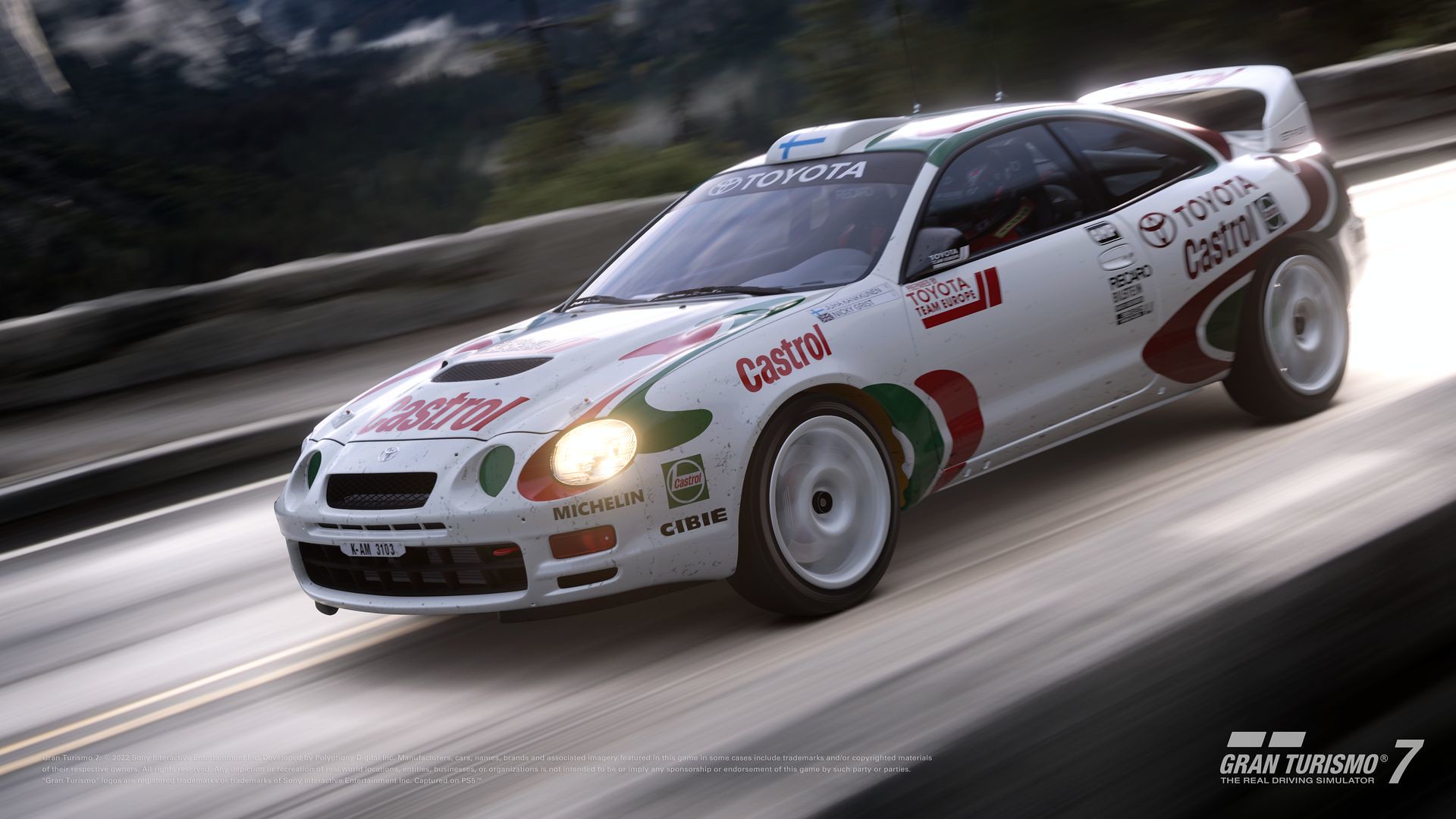 scapes- Norway has been added to the featured section 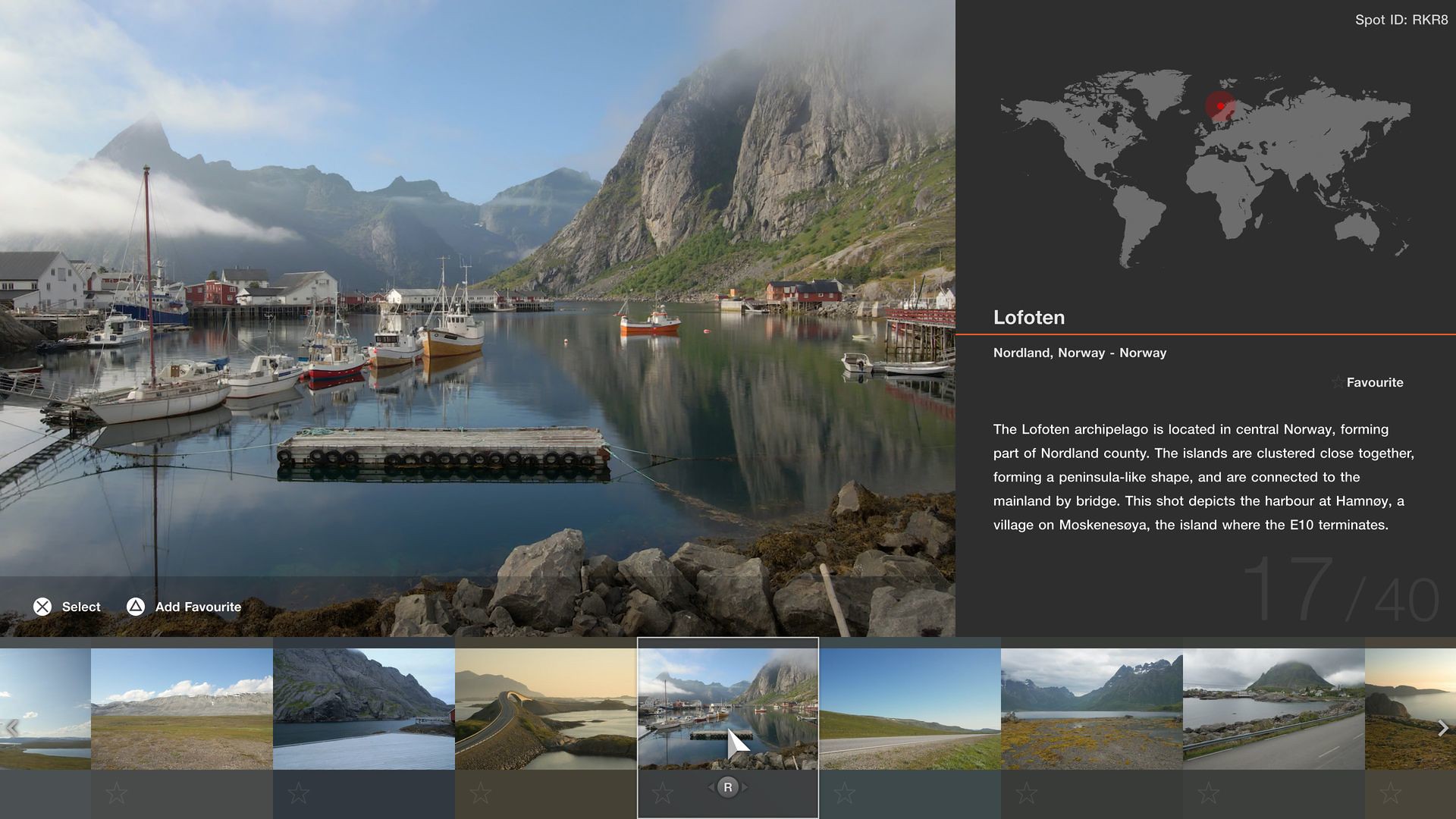