Benjamin Netanyahu was sworn in for the sixth time as Israeli prime minister on Thursday, while his predecessor Yair Lapid flouted the traditional handshake that occurs when power changes and left the Knesset plenum early.

In his address to the Knesset on Thursday, Netanyahu set out three priorities for his government, which is Israel’s most conservative to date.

The first was to “thwart Iran’s efforts to obtain nuclear weapons”. The second priority would be to develop the country’s infrastructure, with an emphasis on connecting outlying areas to the center of the country with a high-speed train, and the third was to “expand the circle of peace” with Arab nations “in order to end the Arab-Israeli conflict”.

Netanyahu also lambasted Lapid for praising “the end of democracy.”

“Members of the opposition, losing elections is not the end of democracy – it is the essence of democracy,” he said.

“A democratic regime is tested above all by the willingness of the losing side to accept the decision of the majority,” Netanyahu continued. 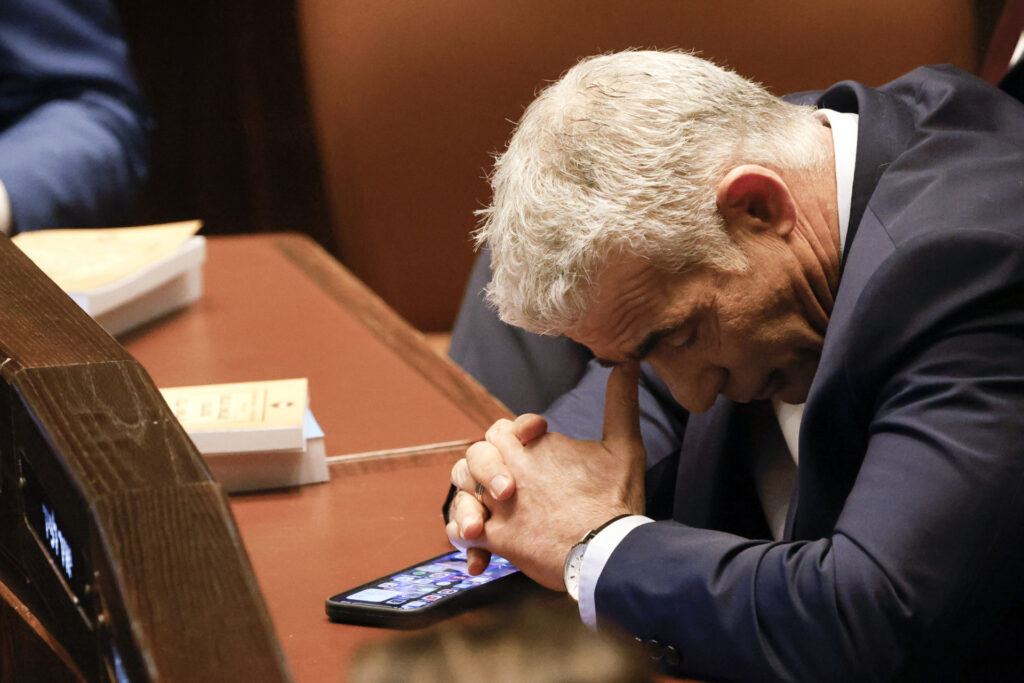 Outgoing Prime Minister Yair Lapid bows his head as he attends a special session of the Knesset, Israel’s parliament, to approve and swear in a new government, in Jerusalem on Thursday, Dec. 29, 2022. (Amir Cohen/Pool Photo via AP )

The Prime Minister was frequently interrupted by whistles during his speech. Outside, hundreds of left-wing protesters carrying Israeli flags and some carrying LGBTQ rainbow flags shouted slogans into megaphones.

Netanyahu has been criticized for forming a government with the anti-gay Noam party.

Yet Amir Ohana, a lawmaker from Netanyahu’s own Likud party, was sworn in as Israel’s first openly gay Knesset Speaker on Thursday. 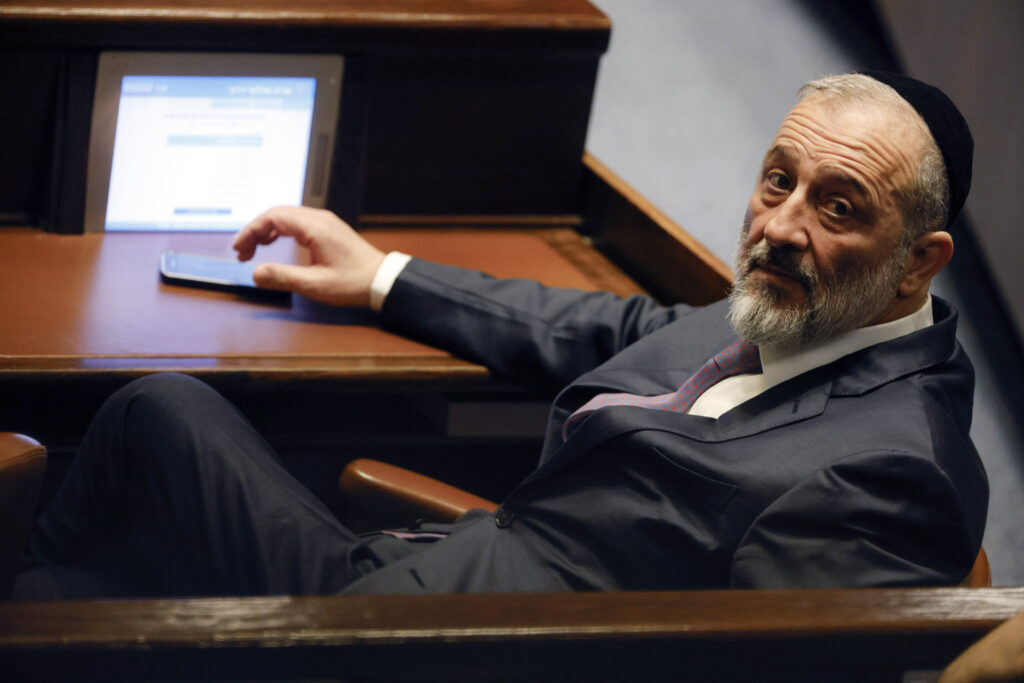 Knesset Member Aryeh Deri attends a special session of the Knesset, Israel’s parliament, to approve and swear in a new government, in Jerusalem on Thursday, Dec. 29, 2022. (Amir Cohen/Pool Photo via AP)

“This is the sixth time I have presented a government under my leadership,” Netanyahu said. “I am as upset as the first time. I want to take this opportunity to thank my dear and beloved family, my wife Sara who is here today and who is always by my side, my sons Yair and Avner who are always by my side.

After Netanyahu’s speech, Lapid tweeted: “With great unease we deliver the country to the elected government. We pass on to you a state in excellent condition, with a strong economy, with improved security capabilities, with our international status at the highest it has ever been. Try not to destroy it, we’ll be right back.

Delphi murder victim’s grandmother speaks out after Richard Allen’s arrest: ‘Where do we go from here?’

Holiday foods can be toxic to pets. Here’s what to know and what to do if your cat or dog swallows.